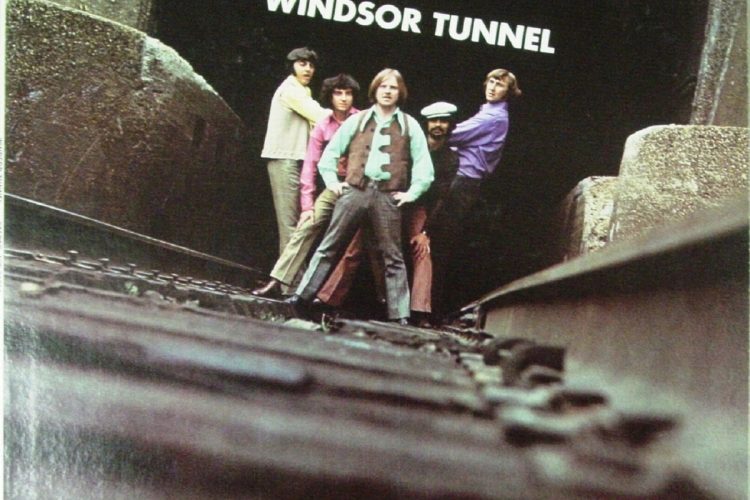 For the Viscounts, a move from Amherst, Nova Scotia to the gritty Detroit area in 1966 – in this case to Windsor, Ontario on the Canuck side of things – proved to be just the thing Clayton Moore and company needed. After setting up in Canada’s motor city, the band must have endeared themselves to the locals with a name change to the more geographically relevant Windsor Tunnel.

What’s more, their maritime accents proved to be more exotic than expected. Moore recalls, “The band became very popular because being from Nova Scotia we talked funny and people here thought we were from England.” With the musical vortex of the late-sixties Motor City just a short hop over the border, the guys wasted little time, gigging first in bars, and then later at the venerable old Tiger Stadium. “(We) got picked up by a Detroit bar owner who became our manager and got us a recording contract with the Avco Embassy label”, which thus led to the recording of this, their only Lp.

The tepid AM-fare on Windsor Tunnel was rightfully ignored by local AM radio juggernauts CKLW in Windsor and the long-forgotten WKNR over in the ‘D’ (the hoary folk pop of ‘First Night Alone’ as the lead single was probably an unwise choice). Still, with some lithe arrangements a la the Free Design and perhaps a little payola, the spry soft pop of ‘Things You Do for Me’ or maybe even the band’s bold cover (this was 1970 after all) of the Ronettes’ ‘The Best Part of Breaking Up’ might have eked out a place on the airwaves. (Michael Panontin)