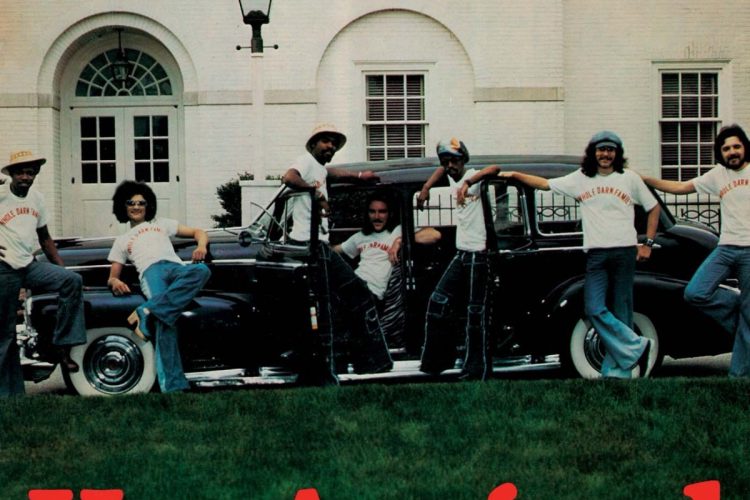 This group emerged from Richmond, Virginia in the late 70’s and were managed, produced and promoted by August(Mr.Wiggles) Moon who ran an independent label called Soul International Records from a storefront in Richmond’s Southside District. This 8 song album has become a cult favorite due to the track 7:00 minutes of Funk which has been sampled by Jay-Z, Wu-Tang Clan, Foxy Brown, Method Man, Biggie Smalls and countless other hip-hop artist. The Lp is a gem to find for any top D.J., and a hunted collector’s item in the hands of D.J’s. from Hawaii to Paris, due to the tracks unlimited mixing possibilities. Vocalist Tyrone Thomas is also featured as a songwriter as well. The group in its heyday performed on the music program, Soul Train and toured the U.S.

Who Sampled “7 Minutes of Funk”