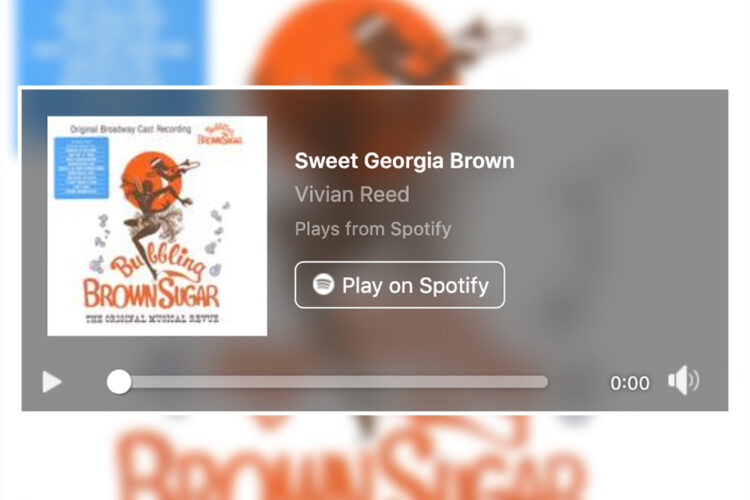 The Harlem Renaissance was brought to life in Loften Mitchell’s “Bubbling Brown Sugar” musical revue, highlighting songs from prominent African-American artists popular during the Harlem Renaissance. The show performed 766 performances at the ANTA Playhouse in 1976 and 1977.

One of those original cast members is the incredible Vivian Reed! Listen to her sing “Sweet Georgia Brown,” a song that later became the theme song for the Harlem Globetrotters in 1952!